Jason Knight has lived in lots of different places. He grew up a in rural Indiana spending most of his childhood grounded from TV and hanging with his friends (his parents called them “bad influences”). That left Jason with nothing to do but write short stories and read a lot of comic books until he discovered broadcasting. Basic nerd things.

Jason is married and has a son & daughter with his wife, Lori Beth. He popped the question at an IHOP spelling out “Will You Marry Me” in french toast sticks. She said, “I’ll think about it,” and ate his proposal. If he wasn’t in radio, Jason would likely be a WWE commentator. Or managing that McDonald’s he worked at in high school.​ 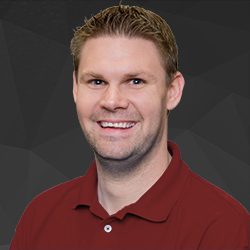